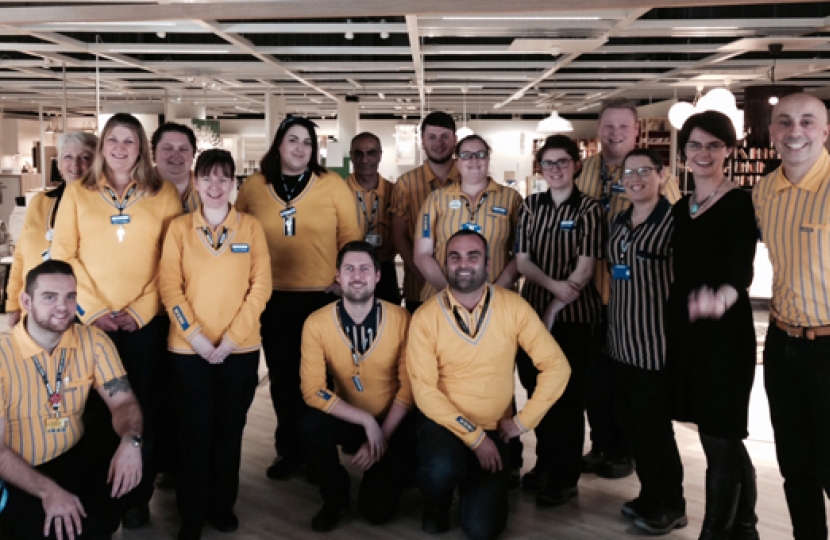 New figures released today that show the number of people in Norwich claiming Jobseeker’s Allowance fell by 2,614 - a 57% per cent drop – since 2010.

Today’s figures show that Britain’s economic plan continues to create jobs and increase pay for hardworking people in Norwich and across the country. With employment at its highest level ever, over 350,000 more people are in work across the UK than a year ago and unemployment is at its lowest level since 2008. Business confidence in the economy is shown by nearly three quarters of a million vacancies, and jobs are being created in Norwich by businesses like Aviva, M&S, Ford and Ikea.

The figures also show that average pay growth is now 3 per cent – while prices are falling – meaning hardworking people across Norwich have more money in their pockets; and more young people are in work with youth unemployment among those not in full-time study falling to its lowest level in a decade – 6.2 per cent.

‘With nearly three-quarters of a million vacancies advertised across the country and good jobs being created in Norwich by business like Ikea these figures show we are moving towards a society with opportunity and security at its heart.

‘Today’s figures show that Britain’s economic plan continues to create jobs and increase pay with the highest rate of employment in our history, and wages rising strongly in real terms. However, with recent data showing our trading partners’ growth is slowing, we must not be complacent. All this progress would be put at risk if we don’t carry on with our plan to build a resilient economy, delivering the economic security of a country that lives within its means.’