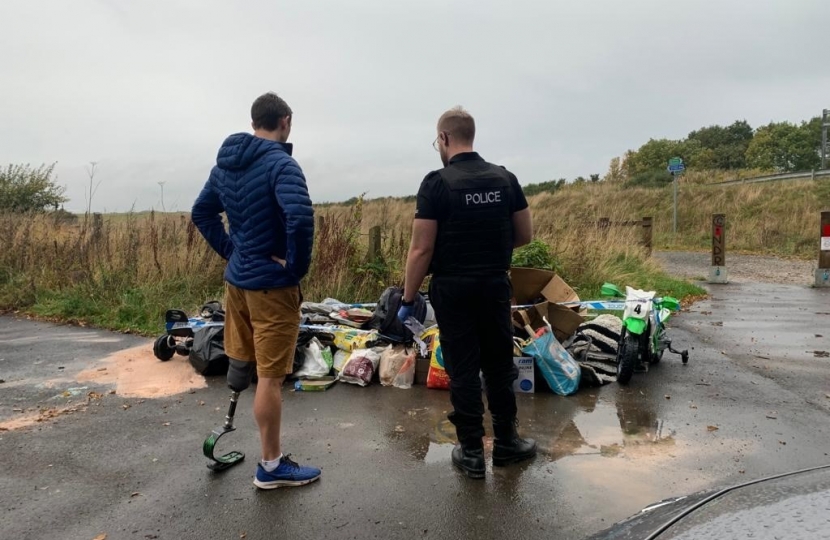 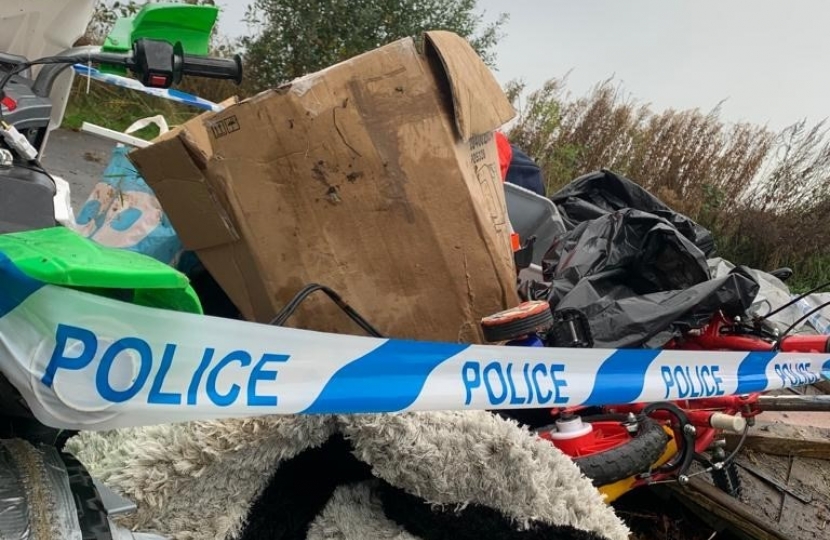 Newly-elected Conservative Councillor for Old Catton and Sprowston West, Richard Potter, has spoken of his outrage after fly-tipping has continued in the ward.  Richard Potter spent hours on Saturday morning sifting and sorting through fly-tipped waste to find invoices, letters and personal documents linking the waste back to its original owner.  These were handed over to the Police who have since visited the homes of, and dealt with, two people in connection to this.

Commenting, Richard said: "I live in Old Catton, and I care about my community.  It is the reason I stood in the first place.  The cost of fly-tipping is enormous in terms of the financial charge as well as the social and environmental cost that weighs on our community.  Animals roaming across the fields, and families walking on the paths, should not have to come across toxic chemicals and dangerous sharps on our recreational land.  The Police have acted incredibly quickly on this and brought the offenders to justice.  Old Catton is not going to become the dumping ground of Norfolk, and I am keen to work with Cllr Karen Vincent and Cllr Ken Leggett to ensure we show these criminals that if they come to our village, they will be caught.