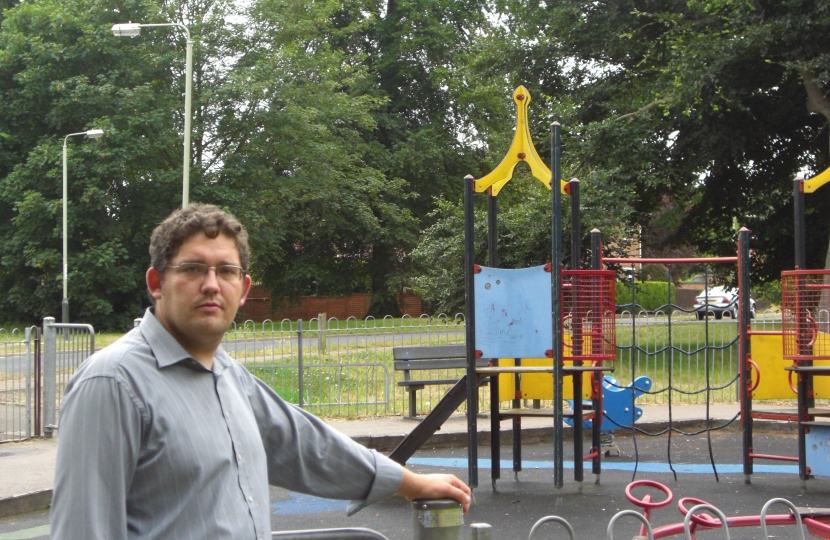 Conservative campaigners and Councillors have taken their campaign to stop a 50 foot mobile phone mast from being built in West Earlham to the streets.  Campaigners spoke to residents, knocked on doors and spoke to people in the street to raise awareness of the planning application which was submitted on 17th January.  The mast is planned for outside of the old Shoemaker Pub in West Earlham.

Leading the campaign is Councillor Andrew Wiltshire who said:

"This is a gigantic proposal, 50 foot high and right in the middle of our community.  Right opposite a school, it will blight the environment around here.  Conservatives fought long and hard to get the Shoemaker cleared up and ready for development as new housing.  Now we are told that this phone mast may spring up and undo everything the community has achieved together."

"Even if you don't believe that masts pose a risk to health, the sheer size and position of this mast makes it a threat to our community."

"We are keen to get as many people involved in this campaign as possible, getting them to write and oppose the plans and then lobby councillors on the planning committee to vote against.  Last time there was the threat a major new mobile phone mast in the Bowthorpe and Earlham area, our Labour Councillor abstained on the key vote so we hope this time they will listen to public opinion and back our campaign too.  Speaking to people in Earlham today [ Saturday ] we found almost unanimous support for our campaign but not a lot of people knew what the plans were about.  We hope to change that in the coming days and weeks."

Andrew also highlighted one possible saving grace for the community in the government's new Localism Bill, currently going through parliament.

"The Conservative-led government's Localism Bill will hand far more power to local communities and local Councillors to make these decisions without the threat of an expensive appeal to some inspector from miles away.  I hope this makes it into law to help with cases such as this."

Picture: Antony Little at the Enfield Road park, just meters away from the proposed site of the mast