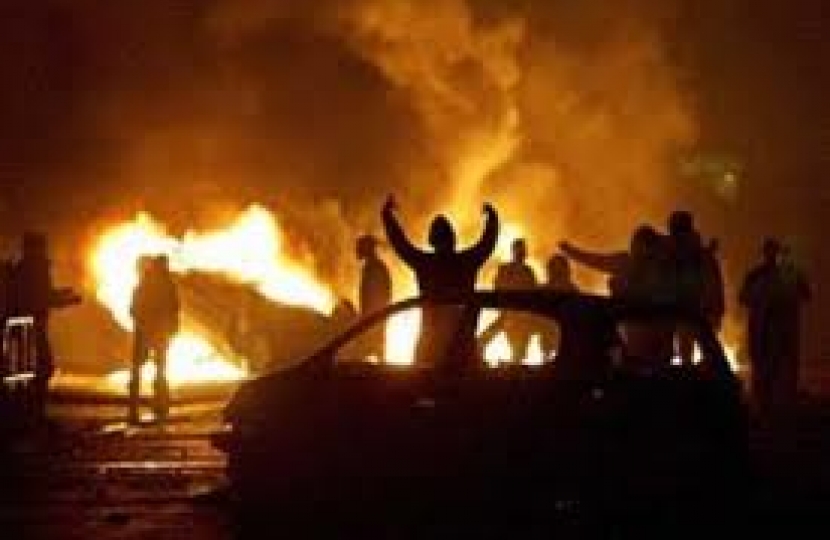 The Norwich Conservatives today added their support to the measures being taken by the police against those who have been rioting across the country.

Cllr Niki George, the Leader of the Conservative Group at Norwich City Council, said, "What happened in London and across other parts of the city was appalling - and now the government has set itself to take tough and serious measures about this.  As well as measures to act as a deterrent - with the possibility of some tenants losing their tenancy for rioting - Iain Duncan Smith has talked of offenders receiving community sentences having their benefits suspended for periods of time.  These measures will act as a strong deterrent for the future - forcing people to think through the consequences of unlawful behaviour".

But the Prime Minister and the Pensions Secretary have also signalled the need to make this the moment when we work to re-build our society - that strong measures against unlawful behaviour are not the only tool they will use to prevent this kind of behaviour from happening in the future through more preventative measures.

County Councillor Paul Wells, welcomed the idea of more early intervention work to prevent communities from breaking down to this degree.  "The kind of work the Prime Minister and Pensions Secretary are talking about are at the heart of the idea of the Big Society - to work together to build a better society for all of us".