"Positive About Norwich": City Conservative launch their manifesto plans for 2014 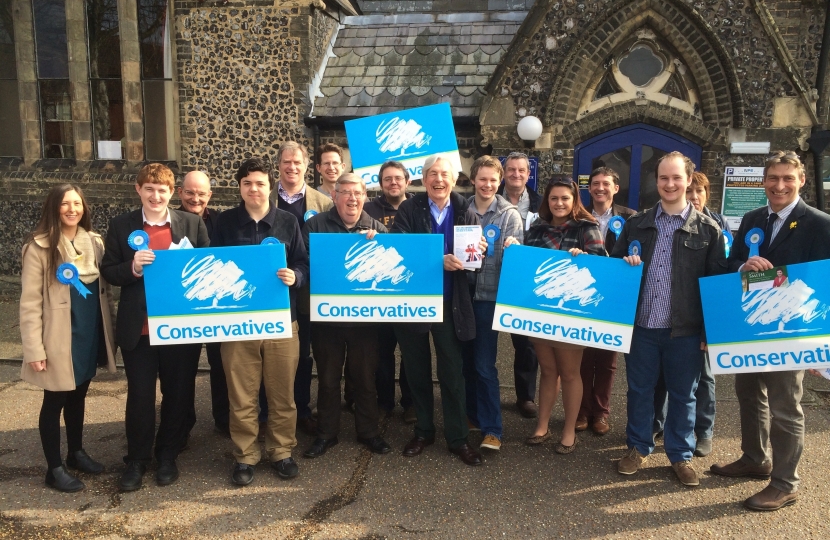 The Norwich Conservatives have set their manifesto for this year’s Norwich City Council Elections. Local

Conservatives are out speaking to residents regularly and have set their policies to address the issues that residents are most concerned about. Conservative Council candidates are putting the priorities of local people first.

WE CAN BUILD MORE AFFORDABLE HOUSING FOR LOCAL PEOPLE

We would sell off all council owned homes worth more than £360,000 as they become vacant, using this money to build three more affordable homes.

Barry Cochrane, candidate for Town Close says “as our population increases, we do need more housing. But it needs to be affordable, at the right pace and in the right locations. We believe that by selling council owned homes worth over £360,000 and using that money to build three more homes, then it is achievable and will benefit our local communities. We are committed to more local housing and by freeing up assets like this, as the market values increase, we can do more than Labour.”

WE CAN SUPPORT OUR NEIGHBOURHOOD SHOPS

We would develop local versions of the “business improvement districts” to clean up streets and replace street furniture and signage.

Evelyn Collishaw, candidate for Catton Grove says “this policy not only allows businesses to be in the local

community,but it will help our streets stay clean at no extra cost to the tax payer. There are some areas in Catton Grove that seem to be neglected and would really benefit from this.”

WE CAN AFFORD TO FIX OUR ROADS AND PAVEMENTS

We would make sure that Norwich gets its fair share of the government money to repair potholes and would use a cut in the cost of politics in Norwich to repair our pavements and footpaths.

Antony Little, candidate for Eaton says “having a Conservative voice on the city council is really important. Our plan to decrease the councillor allowance that the current councillors increased would be a little way to go towards repairing our paths. It’s about having the right priorities – councillors shouldn’t give themselves a pay rise whilst cutting other services! Areas like Unthank Road need desperate attention but the council chose to give more money to Councillors instead.”

WE CAN GET MORE YOUNG PEOPLE INTO WORK AND TRAINING

We would work very closely with Chloe Smith’s “Norwich for Jobs” project that is getting hundreds of local people into work.

Natasha Allen, candidate for Crome says “Our manifesto is all about improving Norwich and making the right choices for local people and local businesses. Supporting Chloe Smith’s ‘Norwich for Jobs’ project is crucial to both of these. The project has already seen hundreds of local young people take up employment and we want to see the target of 1000 (or more!) reached. That will mean 1000 new jobs created and 1000 local 18-24 year olds getting on to the jobs ladder which will be great for our city.”

WE CAN HELP LOCAL BUSINESSES AND CUT THE COST OF PARKING

We would cut the cost of parking in the City Centre by making the car parks free if you park after 5pm. This will help our council owned car parks compete with the privately owned ones and help support our city centre business.

Michael Gillespie, candidate for Thorpe Hamlet says “allowing people to park free after 5pm will encourage more people to use them after that time. This means that businesses will benefit from shoppers in the evening, leading to increasing jobs and boosting the local economy.”

Concluding the launch, Chairman of the Norwich Conservatives Barry Cochrane said: “Everybody knows that up and down the country, Conservatives deliver better services at a value-for-money rate that is cheaper than Labour councils. Unlike some parties, we aren’t promising the world in this election. Smart ideas that are specific, achievable and will make a big difference for local people. They know if they elect Conservative Councillors on 22nd May this is what they will support in the council chamber.”

Chloe Smith MP said: “The choice that we can all take, every one of us, is about how we want our city and our country to be. Conservatives in Norwich stand for hard work, responsibility, sound public finances and ambition for our community and our country. Your vote in Norwich counts.”