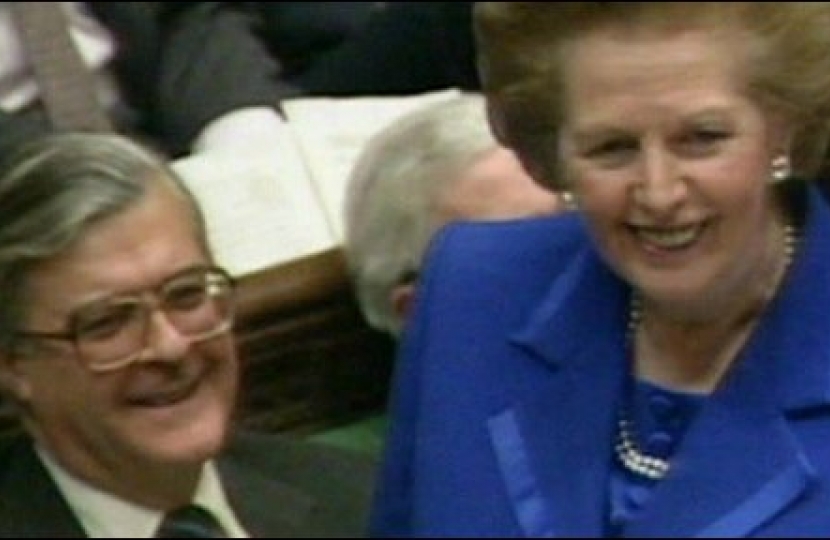 Norwich Conservatives have joined with figures from across the country in paying tribute to the life and work of Margaret Thatcher, the UK's first female Prime Minister.  Mrs Thatcher, who was Tory Leader from 1975 and Prime Minister from 1979 until 1990, still ranks as one of the nation's most effective leaders.

Paul Wells, Conservative Chairman, said: "This is indeed very sad news. Mrs Thatcher transformed our country, taking us from the low ebb of the 1970s to being a strong, prosperous and respected nation.  As the Prime Minister, David Cameron, said today, we have lost a great leader, a great Prime Minister and a great Briton.  Mrs Thatcher left Britain in a much stronger state in 1990 than she found it in 1979."

Conservative Parliamentary Candidate in Norwich South, Antony Little, remarked on the role of Thatcher in encouraging a whole generation into politics.  Mr Little said, "Mrs Thatcher redefined politics and moved the centre ground of British political thinking.  She extended home ownership and created a shareholder democracy.  Growing up, Thatcher had the principles and ideals that shaped a generation."

Tory Deputy Treasurer, Eve Collishaw, noted the role of Thatcher as a feminist.  She remarked, "Thatcher was a woman, but one who did not define herself just a woman.  She was far more interested in just getting the job done."

"The real influence of Margaret Thatcher is in defining modern politics," said Deputy Chairman Barry Cochrane.  "She has influenced all political parties to a greater or lesser extent and many politicians owe their success and their ideas to her."

Cllr Wells is today writing to the Thatcher family on behalf of the members of the Norwich Conservatives Federation to express our sympathy at this difficult time.