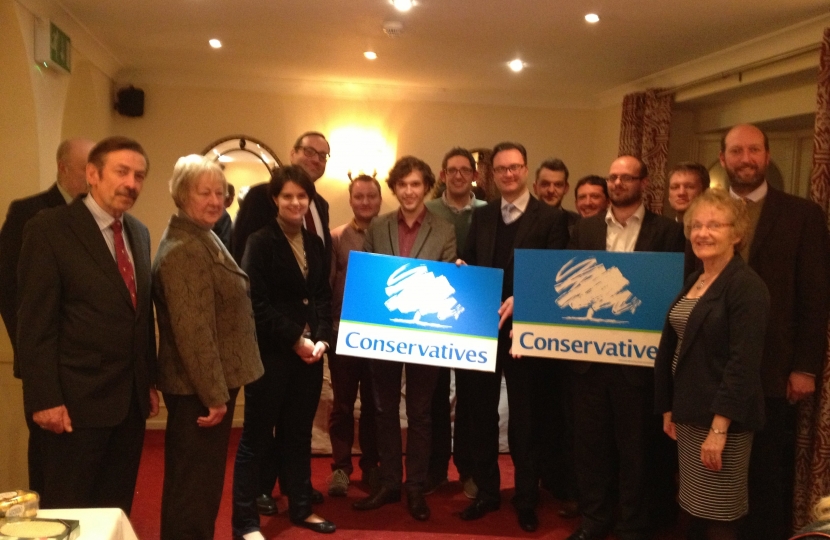 Councillors, members and activists of the newly united Norwich Conservatives Federation came together this week to mark the official launch of their Norfolk County Council Campaign. Aiming to defend eight seats across the two Norwich Constituencies, and to mount strong challenges in several others; the Conservatives are planning an ambitious campaign. This will focus on the successes of the Conservative Administration at County Hall, which has steered Norfolk through difficult times, whilst also managing a historic three consecutive freezes of Council Tax.   At a packed meeting at the George Hotel, on Arlington Lane, activists were joined by Cllr Bill Borrett, Leader of NCC, Chloe Smith MP, and the Vice Chairman of the National Party Richard Harrington, the Member of Parliament for Watford.  Cllr Paul Wells, Federation Chairman said "It was fantastic to see so many supporters coming out to mark the beginning of an intense period of work. Conservatives will be out talking to voters within every community within the Norwich North and South Area. We have a strong track record and will run a positive campaign, giving voters good reasons to vote Conservative on May."

Deputy Chairman for Membership, Barry Cochrane, noted the recent increase in activity and membership from the Conservatives in Norwich.  "Norwich Conservatives have a great range of social events alongside the serious work we do for those we represent. We welcome new members so drop us a line if you would like to get involved."

Read our manifesto by clicking on the link at the top of this page!

Want to know more about our candidates?  Click on "Out Team"!