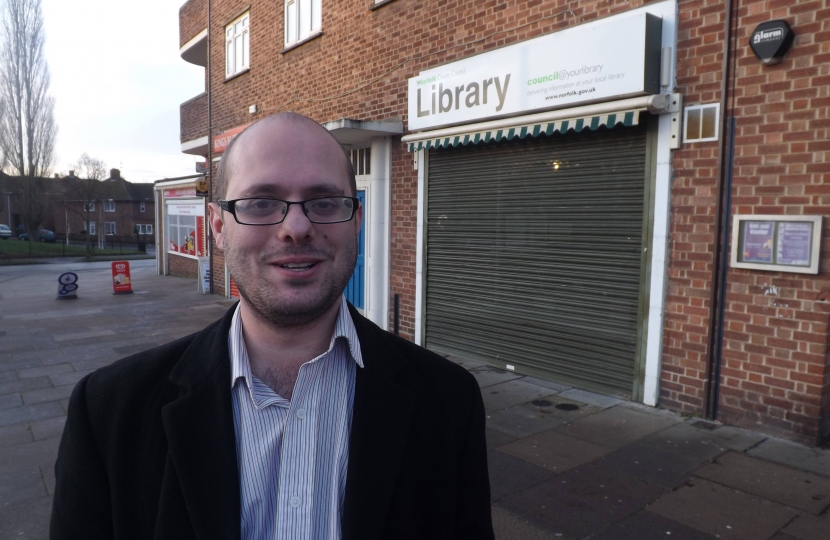 Conservatives in Norwich have hailed their new Federation in the City as a "big step forward" and a "fresh start". The old structure of having two separate associations, one covering each of the North and South parliamentary seats, is being swept aside and instead a single Federation will exist covering both constituencies.

At a packed meeting held at the Oaklands Hotel on Yarmouth Road, members of both associations gathered to hear speeches and vote on the proposals. The new body will take charge of campaigning to ensure that more Conservatives are elected to Westminster, Norfolk County Council, Norwich City Council, Broadland District Council and our town councils.

Addressing the meeting, outgoing Chairman of Norwich North Colin Noble said it has been an "honour and pleasure" to do the job but that he was sure that the decision to merge was the right one and that the new organisation had "strong, capable leadership in Paul Wells."

Although unable to attend due to parliamentary business, MP Chloe Smith sent her support adding that the party needed to campaign across the City to show people that the work of the government in, for example, reducing the deficit by a quarter and putting young people back to work was better than the economic instability offered by Labour's plans for more debt.

Newly-elected Norwich Conservatives Chairman Paul Wells told the meeting; "You only have to look at your council tax bill to know what it is important that we elect Conservatives. Labour on the City Council have put up your tax, Stephen Bett has risen the police precept and only the Conservatives on Norfolk County Council are doing their bit to help families by freezing tax."

"The new association will be financially and organisationally stronger. It will have hundreds of members across the City and Broadland and will offer joined up campaigning opportunities. This is a fresh start for the local Conservatives and we are going to get cracking straight away."

Cllr Wells announced that Richard Harrington, MP for Watford and Vice Chairman of the Conservative Party nationally, would be visiting the City on 24th March to launch our County Council campaign and support the new Federation.

Members at the meeting were pleased to endorse the new plans.