"No 2 AV" campaign launch in Norwich 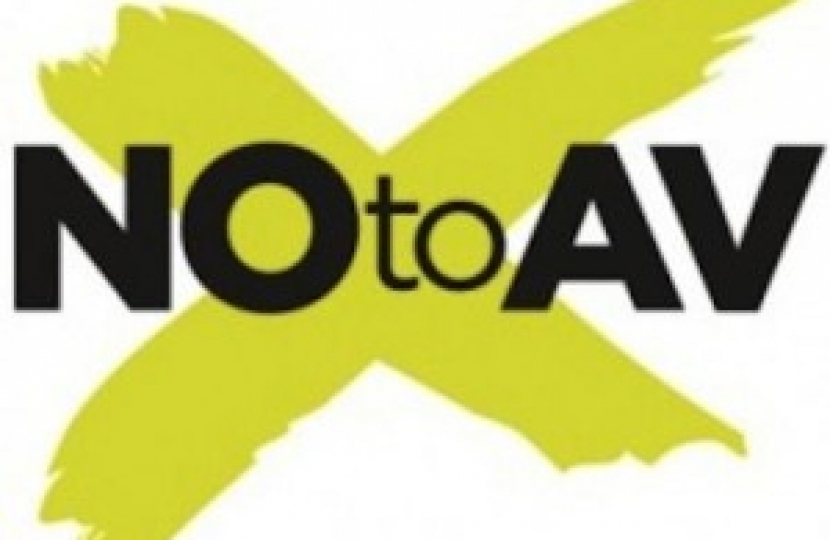 Speaking at the launch Cllr Andrew Wiltshire, candidate for Bowthorpe Ward, said: "AV is a system used by just 3 countries in the world.  It is fundamentally unfair as it assumes that somebody's fourth or fifth preference carries the same political weight as somebody else's first preference."

Also present was Lakenham candidate Mathew Morris, who added: "First Past The Post has served the UK well for many, many years.  Taking on AV would be a leap in the dark."

Wensum's Stephen Karanicholas: "The supporters of AV claim that it would need 50% to elect each MP.  That simply isn't true - even a recent experiment on the BBC showed this to be false.  Because you do not have to use all of your preferences, it is quite possible that people will be elected with far short of the 50% mark."

Christopher Benjamin, Tory candidate for Town Close Ward, said: "Why should the supporters of a fringe party like UKIP or the Greens get 2 votes whereas those of us who support mainstream parties get just one?  AV isn't fair."

And Nelson Ward candidate Hannah Feiner concluded: "We've been going door to door for the AV campaign and people from all parties, and none, oppose this system as it is a politicans fix, designed to keep the LibDems in power no matter who the electorate vote for.  AV will deliver Nick Clegg the job of Deputy Prime Minister for life.  One one vote counts under AV - Clegg's vote."