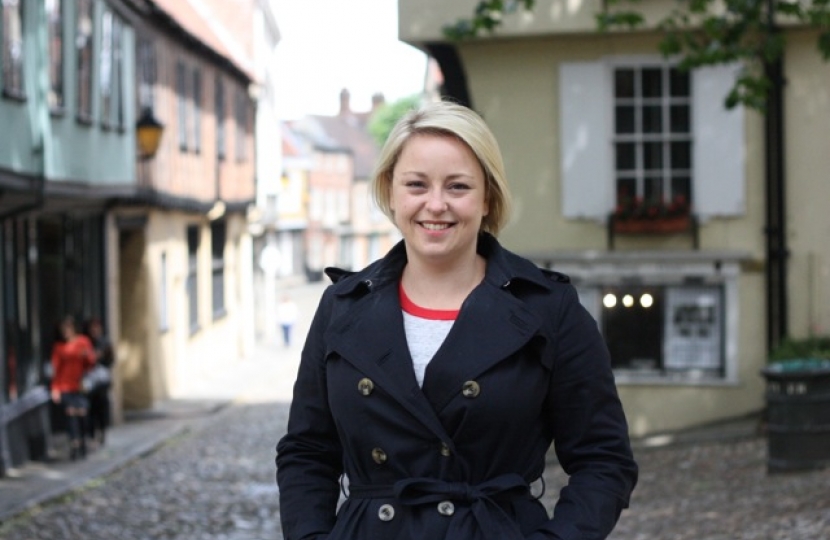 Chloe Smith, MP for Norwich North, and Lisa Townsend, Conservative candidate for Norwich South, have welcomed the announcement of £1.5 billion of new investment in East of England infrastructure – dealing with problems on the roads and supporting jobs and growth.

Lisa explained, "This massive investment will update major corridors in the East of England including the A14, A21, A1(M) and M11, building on the radical overhaul since 2010 with improvements to the A14 and the A11 – and making life easier for businesses and motorists."

"This is part of a £15.2 billion Roads Investment Strategy setting out how the government will invest in the roads network in England between 2015/16 and 2020/21 – with over 100 major schemes planned in total."

Locally people will particularly benefit from over £300 million to transform the A47 around Peterborough, Norwich and Great Yarmouth, which Chloe and fellow Norfolk Conservatives have campaigned for over years.

“Because we Conservatives have been working through our Long Term Economic Plan over the last four years, we are able to invest an unprecedented sum into the East of England. Today I am committing a further £1.5 billion of new funding for roads in the East of England.

“For years these roads have suffered from underinvestment, resulting in congestion and delays. This has brought misery to motorists and undermined growth prospects of businesses. This new investment will help deal with these issues, creating jobs and opportunities for hardworking taxpayers throughout the East of England. This never would have happened without the strong voice of Conservative MPs and candidates”.

“This is fantastic news for motorists and businesses in Norwich who have had to live with the consequences of underinvestment in roads in the East of England.

“The 15new schemes announced across the East of England will go a long way to fixing these problems. And locally we’ll particularly benefit from the A11 and the A47 improvements.

“By fixing Britain’s roads the Conservatives are supporting local businesses, helping them to create more jobs and making life easier for the hardworking taxpayers in Norwich and Norfolk who rely on them to get around”.