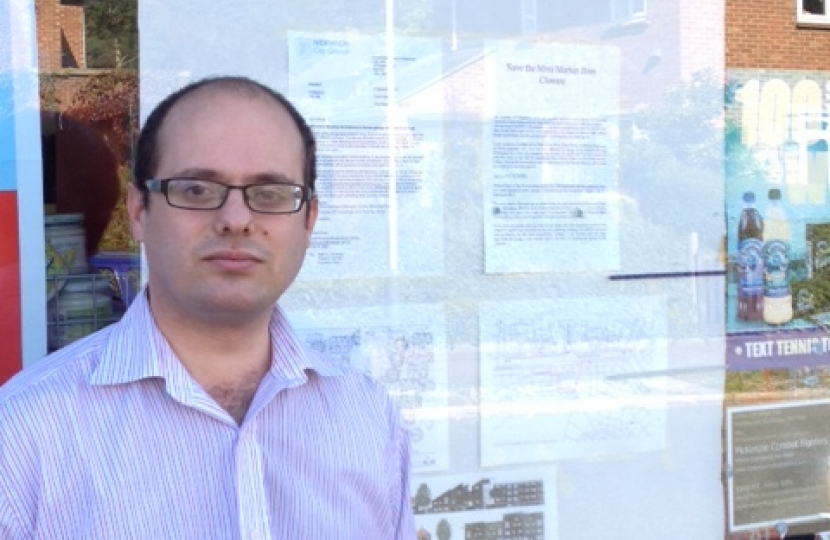 Conservative County Councillor Paul Wells, has backed local residents in their fight against the plans by the Labour Controlled Norwich City Council to close down a popular local store in West Earlham.

The City Council wants to replace the West Earlham Mini Market with new housing, placing more pressure on a road with already a serious parking problem.  There is a significant elderly population in the vicinity of the Mini Market and many vulnerable residents would struggle to travel to any of the distant alternatives.

As reported in the EDP, a large petition has already been collected against the plans by local residents. Cllr. Wells, whose division covers the majority of West Earlham, will be getting in touch with residents over the next few weeks to help raise awareness of this scheme.

He will attempt to help encourage local residents to object to the plans, once they are formally submitted to the council planners.

Paul Wells said "I was extremely concerned to hear that there is a threat to the West Earlham Mini Market. It is a really popular store and many elderly residents rely on it. I used to live in West Earlham and I know how valued this store is. The council needs to think again on these proposals. The Mini Market is a real life line to many residents. I hope that the council recognises this.”