Let's stay on the road to a stronger economy! 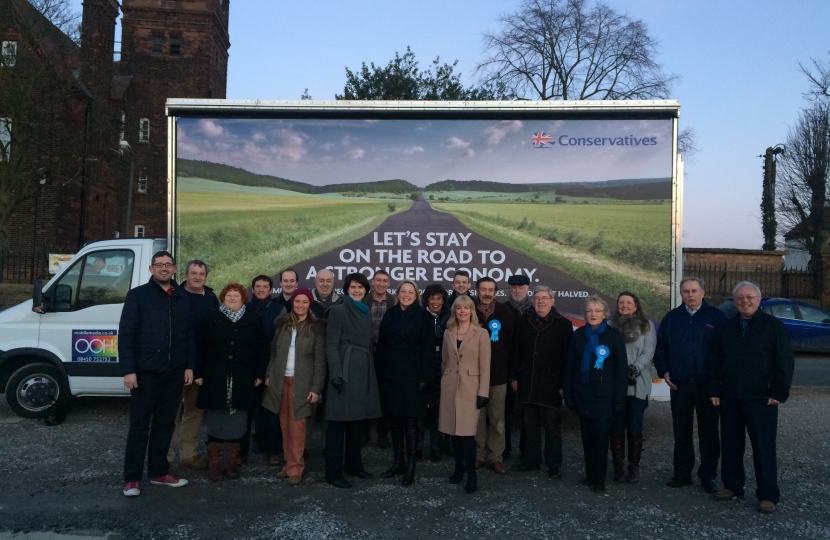 Norwich has been the launch pad for the new Conservative poster, signalling the starting gun on a crucial election.  Unveiling the poster in Mousehold, Conservatives including Norwich North MP Chloe Smith and Norwich South candidate Lisa Townsend, warned that straying from the path of a stronger economy would be a disaster for Norwich.

Speaking after the event, Chloe said:  “Today is the starting gun on the campaign for a critical election.  This poster sums up our big, clear message for that election, “Let’s stay on the road to a stronger economy.”  In other words – let us stick to the long-term plan that is working.”

“The first reason is how far we have already come.  Look back in the rear-view mirror to five years ago and Britain was in an economic mess – on the brink of bankruptcy.  We came into office and set our country on the right road. The journey along it has at times been hard. But look how far we have come:

-          Britain one of the fastest growing countries in the developed world

This didn’t happen by accident; it’s because we have a long-term economic plan – and it is working.  So when you have a plan that is working, you don’t change it. When you’re on the right road, you don’t suddenly change direction.”

“There’s another reason we’ve got to stay on this road – because of what is on the horizon. This road is leading us somewhere better:

-          We have already cut the deficit in half – we say: we can clear the deficit completely by the end of the next Parliament

A Britain with its debts paid down, with real rewards for hardworking people, with more security for families, with a better education for our young, with more dignity in retirement for our elderly – that is what is on the horizon if we stay on this road.”