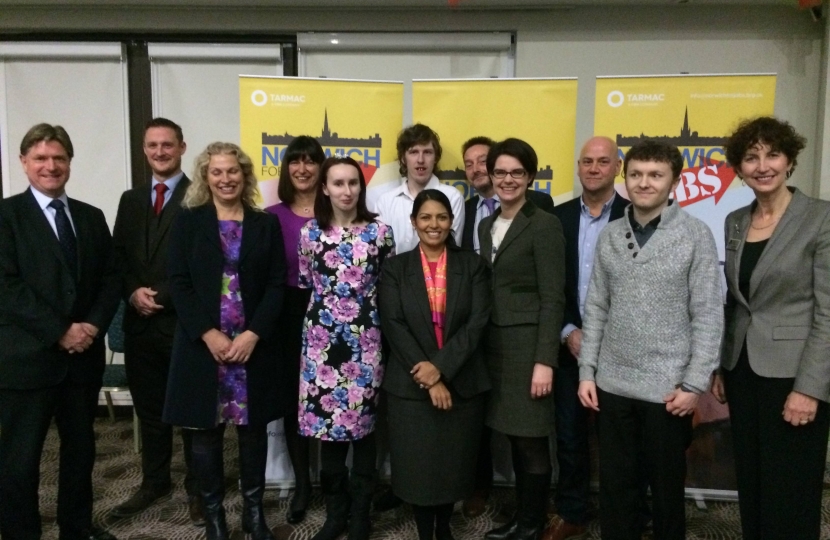 Chloe Smith MP: Overall employment across the country had reached a record high. Naturally though, a number of constituents have asked me what type of jobs these are. In short, they are overwhelmingly full time, driven by the private sector and with wages rising faster than inflation. What’s more the number of vacancies are also at a record high, demonstrating the demand which exists in our growing economy.

The latest ONS figures show that the employment rate has been generally increasing since early 2012 and for the latest time period, September to November 2015, it reached a record high of 74.0%. There were 22.96 million people working full-time, 436,000 more than for a year earlier. There were 8.43 million people working part-time, 152,000 more than for a year earlier. There are 269,000 more people in work across East Anglia since Labour were last in power. In Norwich the number of people claiming unemployment benefits has fallen by over 2,700 - a 61.5 per cent drop – since 2010.

You can also see the results of a growing economy in the number of job vacancies being advertised. Vacancies are defined as positions for which employers are actively seeking to recruit outside their business or organisation. There were 756,000 job vacancies for October to December 2015. This was 13,000 more than for July to September 2015, 46,000 more than for a year earlier and the highest since comparable records began in 2001. This demonstrates that employers have confidence in the strength of our economy and are looking to actively expand their business.

Each new job mean a worker and their family with the security of a pay packet. But with Britain facing a dangerous cocktail of new risks in the global economy this year it’s more important than ever that we stick to our plan to fix Britain’s finances, as we continue to work to deliver security for families here in Norwich and across the UK

Government doesn’t create jobs, businesses do. However there is a role for Government in creating conditions for businesses to succeed. Locally I was proud to welcome Employment Minister Priti Patel to Norwich last week to celebrate the third anniversary of Norwich for Jobs. Since starting the project youth unemployment has halved in our city, and I look forward to continuing to push forward with this initiative in the years to come.