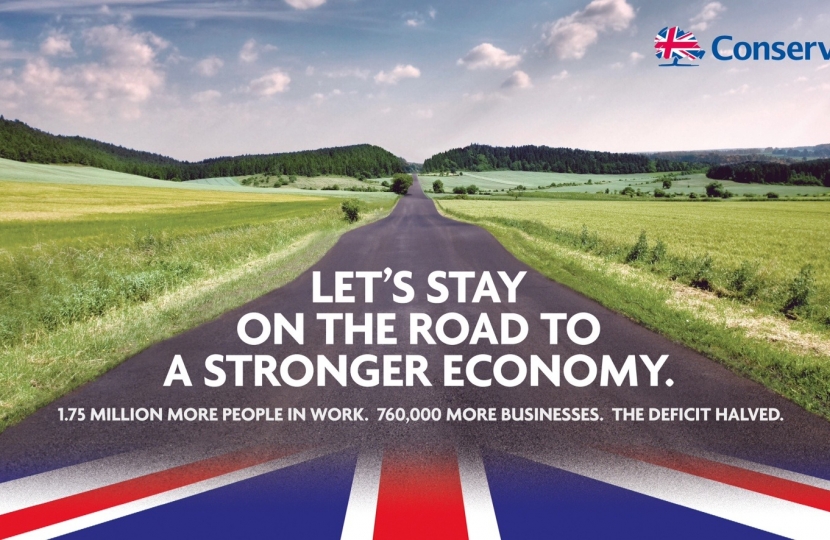 Chloe Smith MP and Lisa Townsend have warned that Ed Miliband’s Labour Party would put at risk all the hard work to turn the economy around in Norwich, after new research was published showing Ed Miliband’s Party would borrow £20.7 billion more in 2015/16 – £1,200 for every working household in Norwich.

The published research is an objective, thorough and detailed cost analysis of Labour’s policies for 2015/16. It includes their policies that would save money, as well as spend money, and is based on official Treasury costings and public sources.

It shows that Ed Miliband’s Labour Party still wants to spend and borrow more – putting at risk all the recent progress in Norwich, just as increased uncertainty in the international economy shows we need to stick with the Conservatives’ long-term plan to build a stronger and healthier economy.

“Ed Miliband’s Labour Party haven’t learned their lesson. With just four months until a crucial election, we’ve now found out they still want to spend, borrow and tax more – borrowing an extra £1,200 for every working household in Norwich.

“It hasn’t been easy, but with local businesses growing and jobs being created, the economy in Norwich is getting stronger. My Norwich for Jobs project has helped 1,500 young people into employment. But Labour would risk all that progress with more borrowing and return us to economic chaos. Just as the global economy is struggling with the Eurozone teetering on the brink of a possible third recession, we need to stick with the Conservatives’ long-term economic plan that is helping turn our country around.

“The general election will be a critical moment for Britain’s future and the future of our local area, and there is a clear choice – between the competence of a long-term economic plan that is helping make families more secure in Norwich or the chaos and instability that is offered by all the other parties.”

The cost analysis of Labour policy is available here - http://betterfutu.re/labourcostanalysis