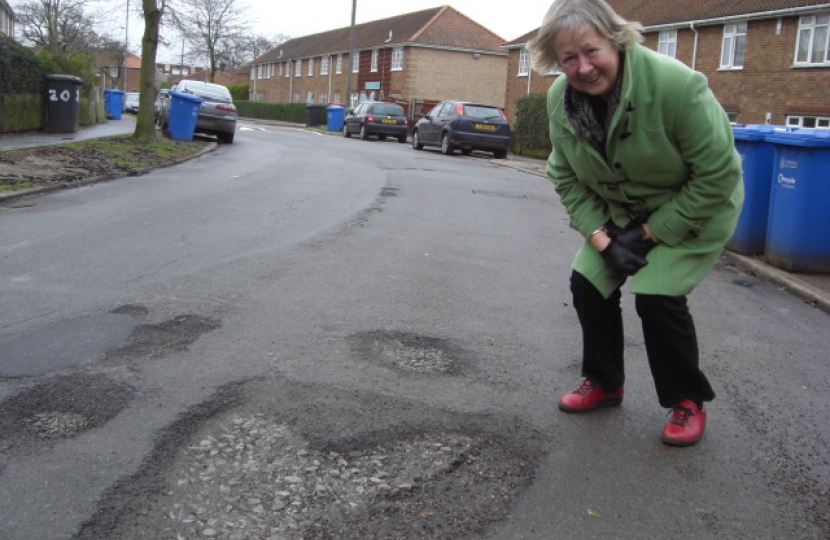 City residents have been told how they will benefit from the doubling of funding available for repairing potholes as announced in Wednesday’s Budget.

Last month the Department for Transport announced that it was making available £100m as an exceptional payment to help with much needed road repairs following the severe weather at the end of last year. This extra funding was made possible because of savings the Department made earlier in the financial year.

However, further savings have now been identified and so more money has been made available for this vital programme.

“Potholes are a menace to all road users and I want councils to make fixing them a priority.

“That is why, when more funding became available, I agreed with the Chancellor that we would double the amount of money we are providing for repairs to be carried out.

“This represents a significant investment in road maintenance at a time of severe fiscal restraint, demonstrating the Government’s commitment to maintain our infrastructure to support motorists and
businesses.”

The funding is in addition to the £831 million already provided to councils for road maintenance this year and the £3 billion the Government has committed over the next four years.

To promote greater transparency and accountability, all local highway authorities have agreed to publish information on their website by 30 September 2011 showing where this extra money has been spent.

Commenting, Town Close Conservative Candidate Chris Benjamin said:
"The recent article in the Evening News about the state of the potholes around Trafford Road simply re-enforced what local people have been telling us for weeks.  The poor winter weather has taken its toll and, instead of simply moaning as Labour have done, the Conservatives have taken action to provide real relief for pedestrians, drivers and residents."

Eve Collishaw, Conservative Candidate for Catton Grove, said:
"I recently went to see some of the monster potholes around the Bullard Road area.  People there will be very pleased with this news."