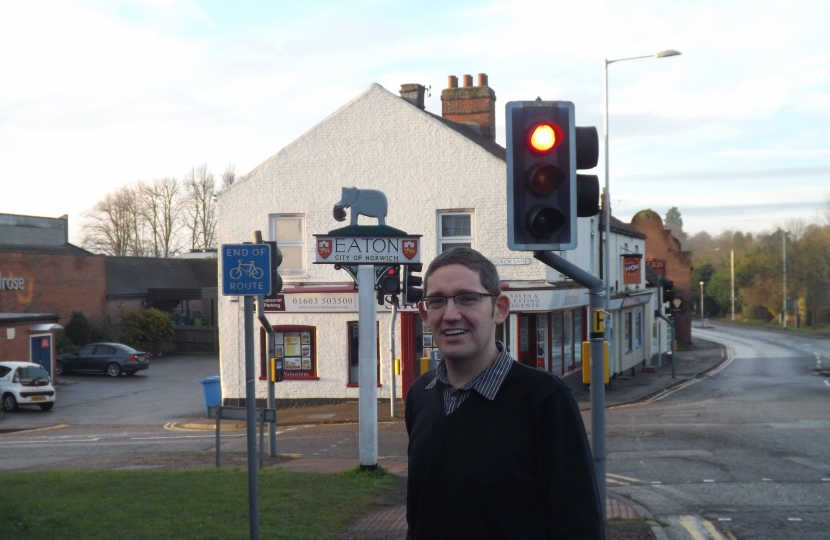 Conservatives in Eaton have called upon local Councillor James Wright to stand down after it was revealed he is taking on a third political job, all in different areas.

Cllr Wright, who has represented Eaton at City Hall since September 2010, is now the LibDem County Council candidate in Old Catton & Sprowston West and has also been selected to be their party’s candidate in Norwich North at the next General Election.

With the news that Cllr Wright now has three different political jobs, Conservatives believe he can no longer give Eaton the time, care and attention that the ward deserves.

Antony Little, Eaton Conservatives Spokesman, said:
“Eaton has a long tradition of local, hard working councillors who are dedicated to our community.  Cllr Wright now has three political jobs which reduces the amount of time and energy he has to put into our community.”

“We have a lot of issues locally that need sorting out, such as the pathways around Donkey Lane in Eaton Village, speeding on Bluebell Road and uneven pavements in Eaton Rise.  These are long term issues which we noticed Cllr Wright has not had the time to sort out and now we know why - his energies and focus are elsewhere.  Trying to represent Old Catton and running for parliament so far away from his Eaton seat is bound to affect his ability to do the job.”

“Having been a City Councillor, I know how much energy the job requires.  I just cannot believe James Wright can serve Eaton whilst telling Old Catton he is campaigning for them and saying to Norwich North he is the man for them.  It just isn’t possible.”

“We are disappointed that he didn’t resign and cause a by-election on 2nd May which would have coincided with the county elections.  However we do believe he should do the honourable thing, quit and allow Eaton to elect a hard working, local City Councillor who can do the job properly which clearly he cannot do.  Instead he wants to cling on and not give Eaton the representation we deserve.”

“Recently Green, Lib Dem and Conservative Councillors in Norfolk have resigned because they feel they could not give their communities 100% commitment.  By staying on as a councillor, James Wright gives the impression of being more interested in the money, power and position than in serving the people of Eaton.”

For more details on Antony Little - the hard working, local candidate who is dedicated to Eaton - click on "Our Team" and select "County Council Candidates"