Chloe Smith MP: Proud to have local people's backing for 2015 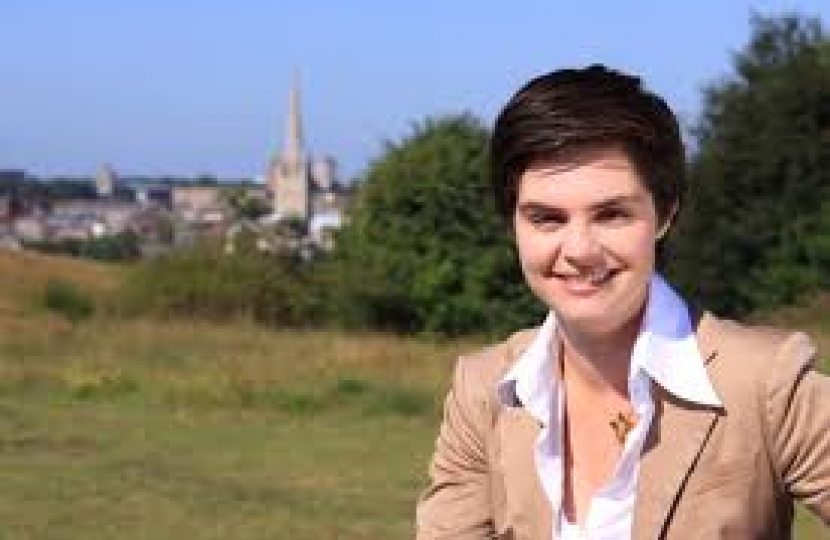 Chloe Smith, MP for Norwich North, has been confirmed by Norwich Conservatives as their candidate for the 2015 general election.

On Friday 1st November the executive committee of Norwich Conservatives formally re-adopted her unanimously as the candidate for the next election.

Chloe recently stood down from her ministerial role in Westminster in order to spend even more time on her constituency work, which she loves.

Her most recent achievement for the constituency is getting hundreds of young people into work through the successful Norwich For Jobs campaign, which she launched.

She has led Norfolk, Suffolk, Essex and Cambridgeshire in campaigning for long-term rail improvements which will bring more jobs to Norwich.

She also works in the heart of the community on matters like saving the Royal British Legion Jubilee Hall, which she raised in Parliament last week.  And she has helped over a thousand constituents over the years on detailed casework.

Chloe has been the Conservative candidate in Norwich North since January 2008, well before the 2009 by-election which first elected her as the Member of Parliament, and again at the 2010 general election.  Prior to 2008 she had been a campaigner across Norfolk since growing up in South West Norfolk and following in Baroness Gillian Shephard’s footsteps.

“I am proud to be the Conservative Member of Parliament for Norwich North and will always work hard for my constituents – as I have done for years, and as I will do in the future if elected again.  I’m also proud to have the backing of a great team of Conservative councillors, campaigners and volunteers across Norwich and the Broadland.  Together, we work hard for our community and we want Britain and Norwich to thrive.

“I gave up my ministerial role in London to spend even more time on the work I love for Norwich North.  I stood down from that and will always stand up for Norwich.”

Paul Wells, Chairman of Norwich Conservatives, said: “I am delighted that Chloe will be standing again in 2015. Chloe is a fantastic Member of Parliament, who works incredibly hard for the people of Norwich North. Time and time again I hear from people who have been helped by Chloe personally in addition to her well known campaigns to make Norwich and the country better for us all.”

Hellesdon District Cllr Danny Buck said: "I'm looking forward to continuing working with Chloe in Hellesdon. She's a great MP who really does work hard. I'm very happy she is standing again and I'm sure residents in Hellesdon will be too, as I know she has helped so many of them already."

Sprowston County Cllr John Ward said: "I am delighted that Chloe Smith has been re-adopted as our parliamentary candidate for the 2015 General Election. She has made a name for herself in parliament and has been involved with important new legislation. She is also an excellent constituency MP, always visible and available, she has helped literally hundreds of my constituents in Sprowston with their many issues and problems.”

Thorpe St Andrew Town and District Councillor Jonathan Emsell said: “The Thorpe St Andrew Town Council are very actively involved with the local community and it’s good to hear that Chloe has been re-selected, as she has been a strong supporter of our work. It is very important during difficult times to know that your local MP is focused on the local area and issues.  We wish her every success in 2015.”

17 year old head of city youth organisation Conservative Future, Josh Worley, said: “It’s great that Chloe has been re-selected to stand again. As a young campaigner, I think it’s important that we are represented by someone who understands what’s important to the younger generation, and Chloe does.  She was first elected when she was only 27 as the youngest Member of Parliament. I’m delighted she will be standing again and look forward to working with her to engage younger people into politics.”

Catton Grove campaigner Eve Collishaw said: “I’m very pleased that Chloe will be standing again. I’ve known her for many years now and she is a very hard working local MP.  I look forward to continuing working with her on the various issues we face in my area.”

Heartsease resident Jo Church said: "To hear Chloe Smith will be standing again is wonderful news. As my local MP, she's always worked hard for me and for the people in my area. If she's re-elected in 2015 I know she will continue this with the passion she has now."